REPORT ON INTERNATIONAL DAY AGAINST DRUG ABUSE AND ILLICIT TRAFICKING 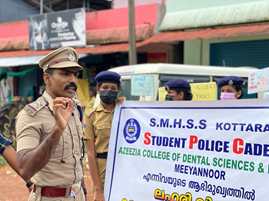 June 26 is observed as international day against drug abuse and illicit trafficking as an expression
of its determination to strengthen action and cooperation to achieve the goal of society free of
drug abuse.
June 25 2022 is honored as International day against drug abuse and illicit trafficking by
department of public health dentistry and NSS unit (NSS/SFU/KLM/KUHS/3) of Azeezia
College of Dental Science and Research, in association with SMHSS kottara. A rally was
conducted in association with this day. The rally was commenced at 10 am and it was
inaugurated by sub Inspector of police, Pooyapally .The rally started from Society junction to
Meyanoor junction .The rally was accompanied by Dr Saira Siraj (Senior Lecturer, Department
of Public Health Dentistry), Dr Naveen Jacob Varghese(Senior Lecturer, Department of Public
Health Dentistry) and Interns ,Final years ,Third years of Azeezia dental college , which was
then joined by student police cadet (SPC) of SMHSS, kottara . An awareness programme against
drug abuse was also conducted .After that distribution of brochures against drug abuse and illicit
trafficking was inaugurated by Exicise officer and it was distributed to the public as well as
near by stores.
The vote of thanks was given by Dr Naveen Jacob Varghese and Dr Ann Mariam Alex .The
programme was concluded at 10.45. 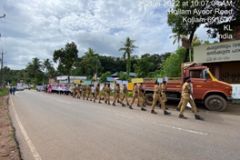 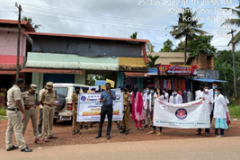 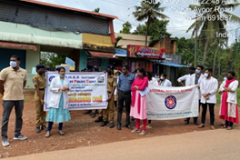 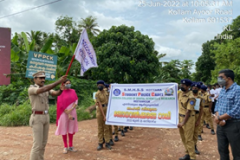 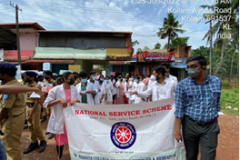 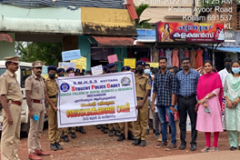 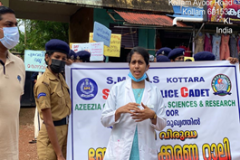 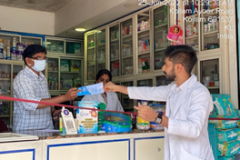 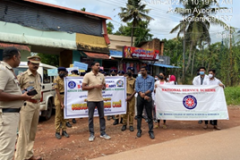 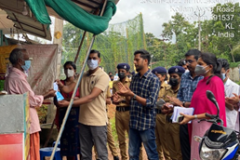 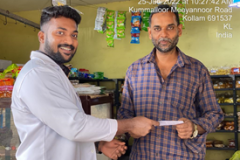 An orientation program for first-year BDS students on Cybersafety awareness will be conducted on 18/11/2022 from 10 am to 12:30 pm under the project ‘Aastha’ in association with Cyber cell, Kollam city.